Last Saturday I finally got a chance to try Polite Provisions. This relatively new bar that opened in North Park in February is the latest child of Consortium Holdings, the same team that brought us El Dorado, Neighborhood, Noble Experiment, Craft and Commerce, and Underbelly. It comes with a little adjacent eatery, Soda and Swine, which specializes in meatballs.

The space looks like an old drugstore with a smooth patinaed white marble bar, lots of brass, and a beautiful mosaic floor with metal inlays. It has a very casual and comfortable feel to it; it’s a place where you feel immediately at ease. 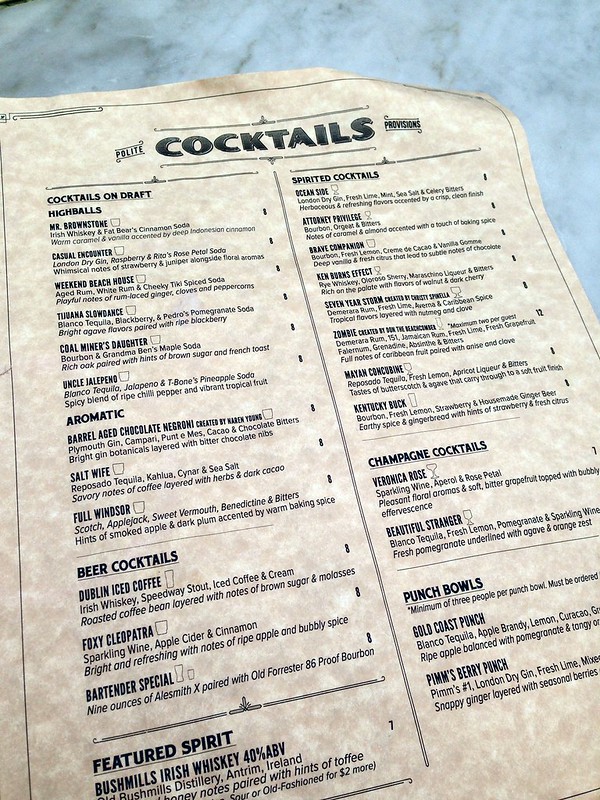 The menu which was conceived by Erick Castro, formerly of Bourbon & Branch and Rickhouse in San Francisco, features a large number of original cocktails including no fewer than 9 cocktails on tap, together with a wide selection of artisanal sodas and craft beers. They also offer a couple of punch selections.

I decided to order the Barrel-Aged Chocolate Negroni for my first drink. It is a little more subdued than a regular Negroni due to the addition of chocolate and the aging process. It has pleasing chocolate notes from cocoa nibs and mole bitters which harmonize well with the bitter orange from the Campari. The Seven Year Storm was a tiki-esque concoction with Demerara rum and Averna served in an imposing vessel. 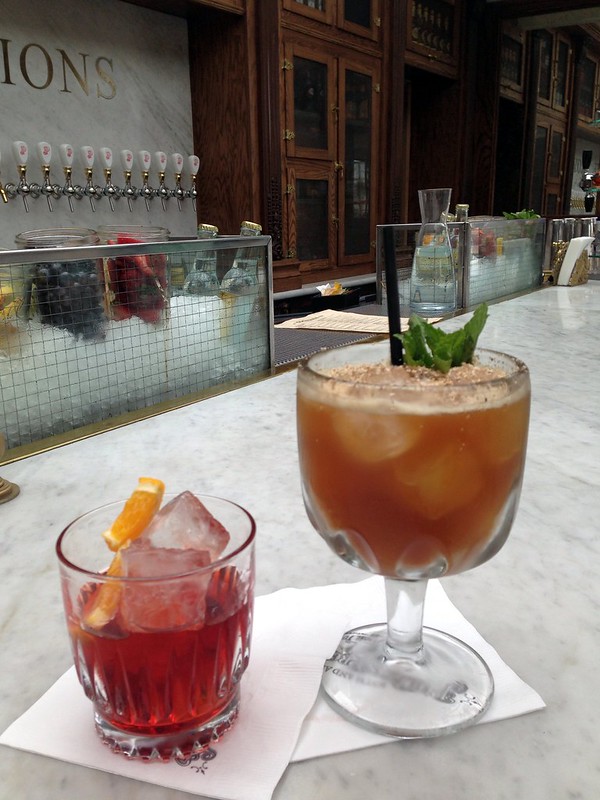 For my second drink I went with the Attorney Privilege. The recipe was published in Imbibe last winter and I actually made it at home a while back. I was curious to sample it directly from the source. The first thing I noticed was that their orgeat was darker and not white, unlike what I make at home. Most probably they use unblanched almonds which give the orgeat a brown color. They use Buffalo Trace bourbon which was also my selection at home. 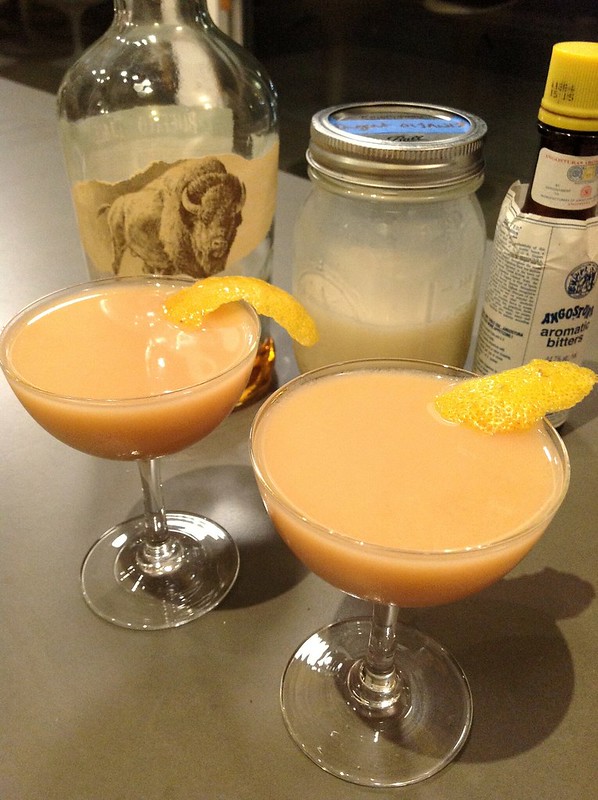 My home version of the Attorney Privilege

The Attorney Privilege at Polite Provisions was a little lighter in mouthfeel compared to my home version. Their orgeat seems a bit less sweet and thick and therefore a little bit less “intense”, resulting in a lighter version overall. It’s a great drink in any case. The Weekend Beach House was a highball with rum (aged and white) and spiced soda.

While sipping our cocktails we could not help but notice the beautiful Zombies that were going around – the house version is served in a Hurricane glass with a generous fruit garnish and a very respectable rum mix (El Dorado 5 Demerara, Appleton Jamaican rum, and El Dorado 151). We will have to try these on our next visit for sure.

One thought on “A lazy Saturday afternoon at Polite Provisions”