After a great dinner at the Corner Room in Bethnal Green, I decided to check out nearby bar Satan’s Whiskers which had just opened a few months back. The bar, indicated by a red neon sign, had the expected decor of hipster cocktail lounges with a tasteful mix of brick, reclaimed items, light bulbs with visible filaments, a selection of taxidermied and accessorized animals, a unicorn skeleton, and an ironic old school hip hop soundtrack. 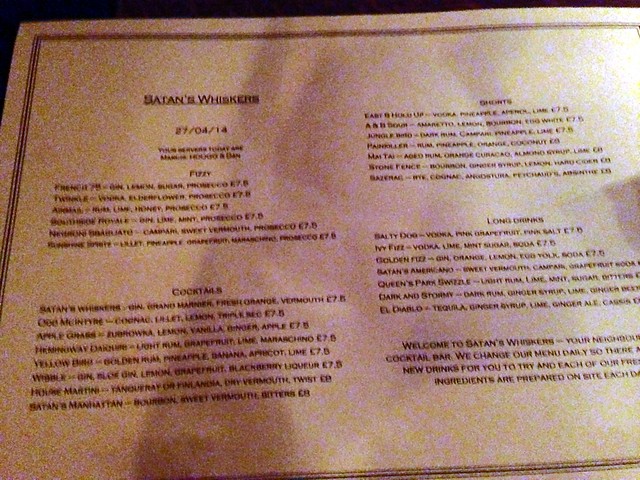 Pleasantries aside, the bar has a very comfortable neighborhood vibe. The cocktail menu which changes daily is heavily anchored in the classics. I refrained from ordering the namesake cocktail due to my fear of drinks containing orange juice, although I heard that their version (straight, i.e. with Grand Marnier) is a good one. Instead I went for a Manhattan with Knob Creek that hit the spot. My drinking companion went for another classic, a Sazerac, which was made with a mix of rye and cognac. 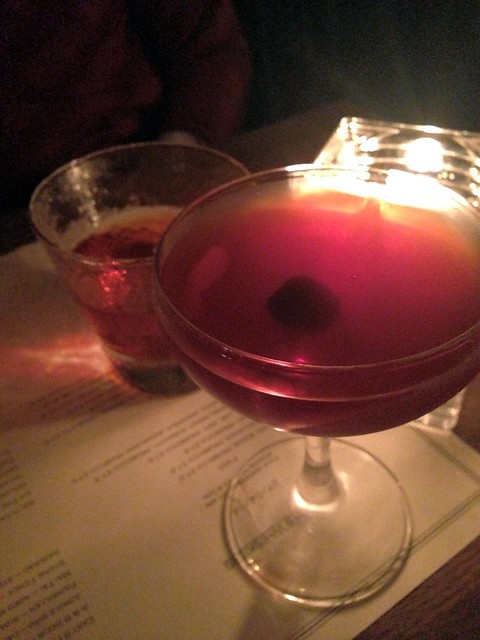 The last portion of the night ended at the elegant 1920s jazz club & bar Nightjar. The bar’s entrance, a nondistinct door, can be a little hard to find for the uninitiated, but thankfully, I had a knowledgeable escort to guide me. 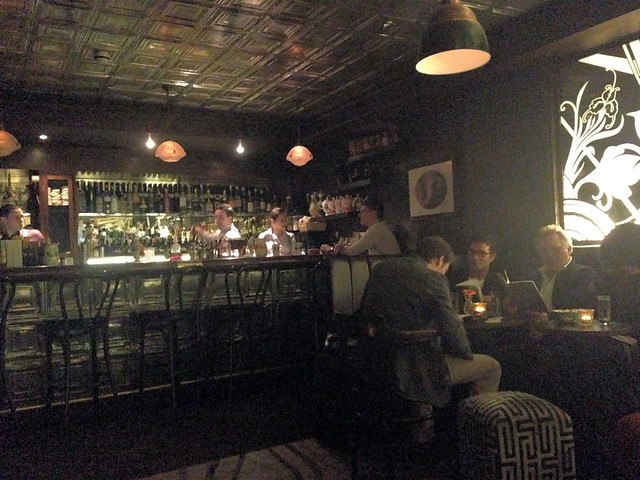 The menu has a lot of very creative options which I heard were on the sweet side. In that case it’s a safer bet to go with classics. The Boulevardier was made with a base of rye and cognac, a special amaro mix including Dubonnet, Campari, and an absinthe rinse. 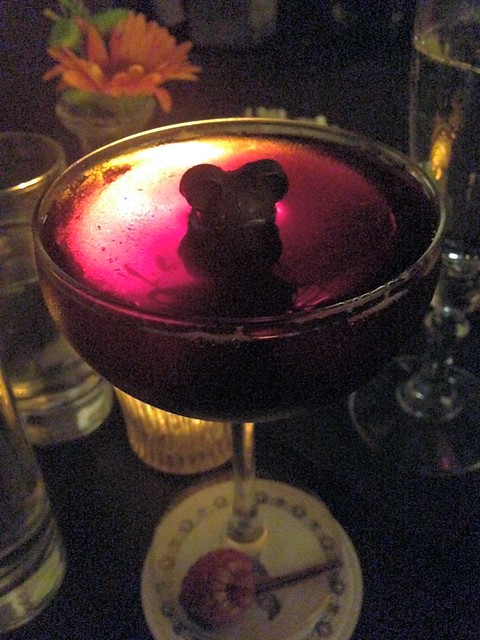 The Toronto, a virile cocktail if there ever was one, came in a girly drink disguise with a large cloud of smoked candifloss garnish and a pair of cocktail cherries. It was bittersweet with a faint touch of orange blossom smoke. Still, it had a punchy kick and an unmistakable Fernet bite, the kind of taste that you hate the first time but can’t wait to go back for more later. 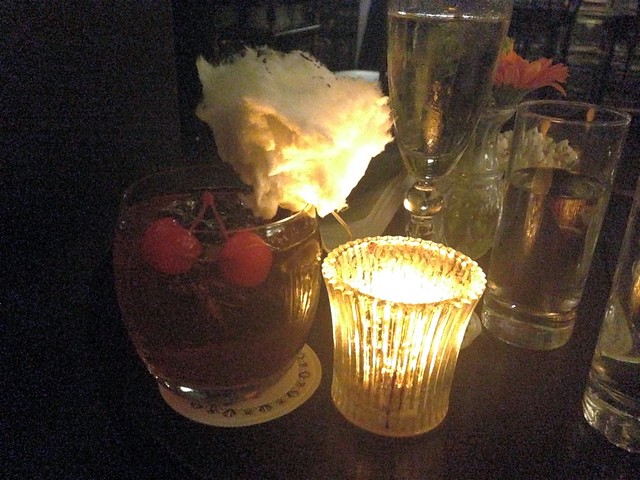 Recently I’ve had a chance to spend a bit of time in London, currently one of the most exciting food and drink capitals. This post summarizes part of a trip that took place in April; see previous posts for Part 1, Part 2, and Part 3.

5 thoughts on “London adventures: from Satan’s Whiskers to the Nightjar”