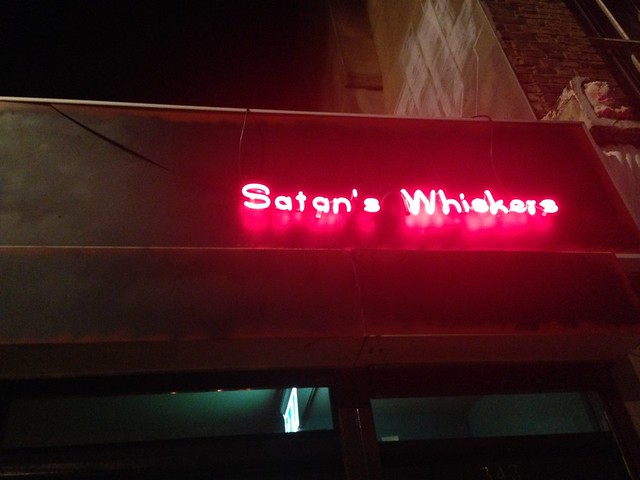 Cocktails with orange juice are evil, I’ve always been convinced. No matter how hard I try, I cannot find too many good things to say about The Bronx or the Blood and Sand. Even PDT could not get the Monkey Gland right. All these cocktails seem to compensate for their inadequacy with catchy names. 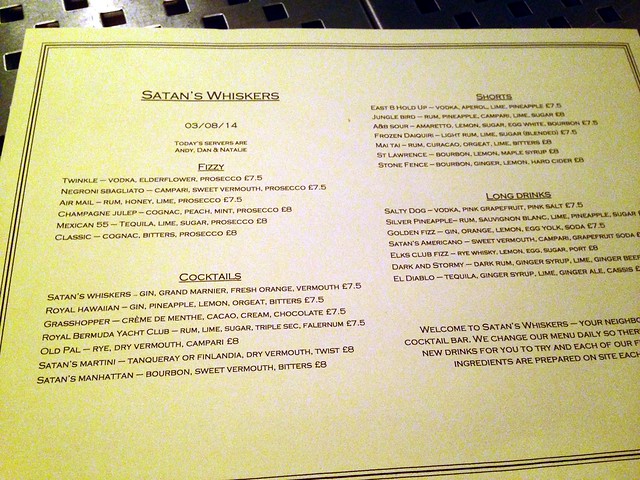 Satan’s Whiskers is another great cocktail name that has intrigued me since reading about it in Ted Haigh’s Vintage Spirits and Forgotten Cocktails.  The fact that it has two variations, the straight with Grand Marnier and the curled with Cointreau, adds to the coolness factor. But the cocktail let me down when I first tried it. The flavors did not pop, it just tasted like a weird gin martini watered down with orange juice. 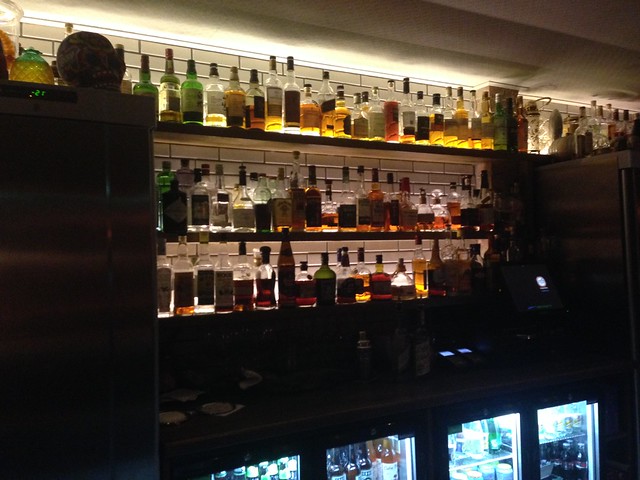 So when I first visited London bar Satan’s Whiskers back in April, I made sure to stay away from its namesake cocktail, instead ordering a Manhattan. But later I thought I had made a mistake, because if one bar should get this cocktail right, of course it had to be this one. When I had a chance to go back to Satan’s Whiskers a few weeks ago, I decided to be more adventurous. I sat at the counter and watched as bartender Dan spent a few minutes carefully measuring gin, sweet and dry vermouth, citrus juice, simple syrup, Grand Marnier, orange bitters. The citrus was already juiced so I could not tell for sure what he was using. But as soon as I took the first sip, I knew that he got it just right. It was bright and interesting, not flat and cloying like most orange juice cocktails tend to be. 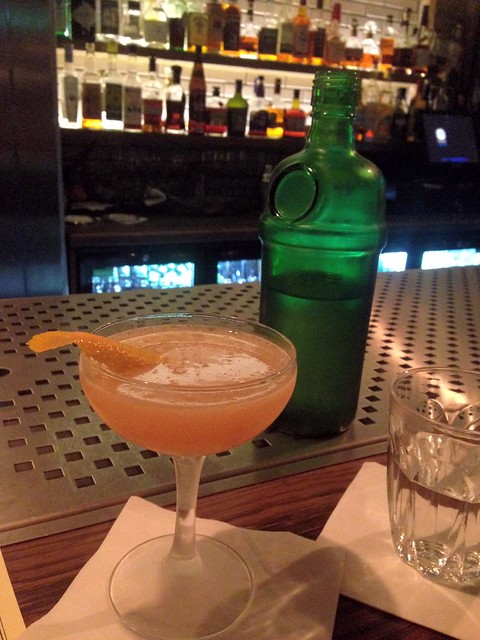 I guessed correctly that he had used lemon juice in combination with the orange. It’s an old trick and it just works. Orange juice on its own does not have enough acidity to offset the sweet elements in the cocktail, but if you add a bit lemon juice you can balance the cocktail properly. Good tiki cocktails are based on that principle – when they include orange juice it’s almost always in combination with at least another more acidic citrus juice. Another option is to use sour oranges, but these can be hard to find as they have a short season. 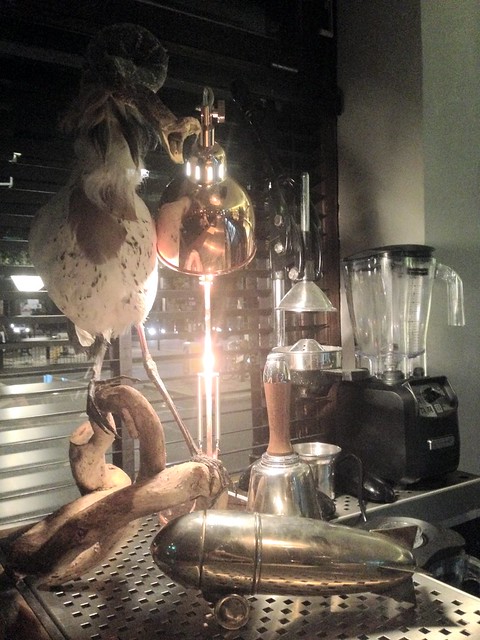 Dan was kind enough to share the recipe. The gin was Tanqueray London dry, with Noilly Prat for the dry vermouth and Punt e Mes for the sweet.  Whereas most recipes go for equal parts gin, sweet & dry vermouth, and orange juice (with 0.5 to 1 part Grand Marnier), this version reduces the amount of vermouth, which seems to put more emphasis on the gin. I believe that the orange slice is shaken with the drink to give a note of bitter orange, although I forgot to ask. In any case, this was very well done. 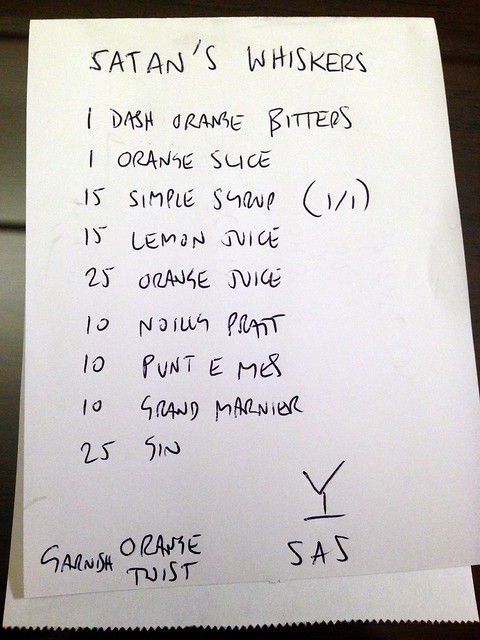 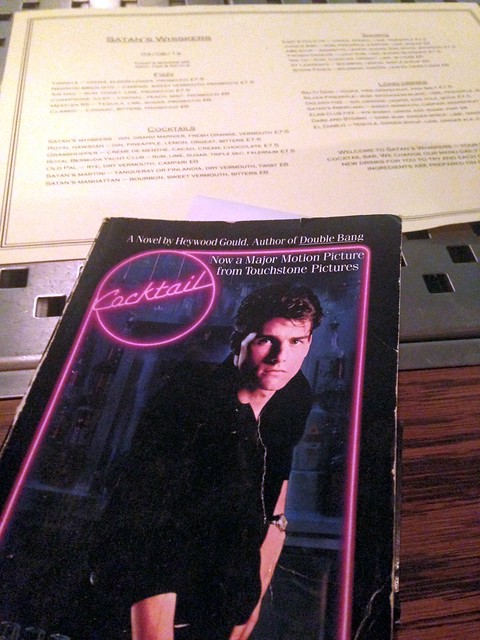 And yes, Brian Flanagan himself brought the bill. I love this place.