The first cocktail I made when I received the Death & Co cocktail book used muddled apple, an ingredient that evokes fall. Taking the inspiration further, fall also puts me in the mood for calvados, the French apple brandy from Normandy. In France it is not uncommon to have a “trou normand“, a small glass of calvados that is enjoyed in the middle of a long leisurely meal, supposedly to help with digestion… 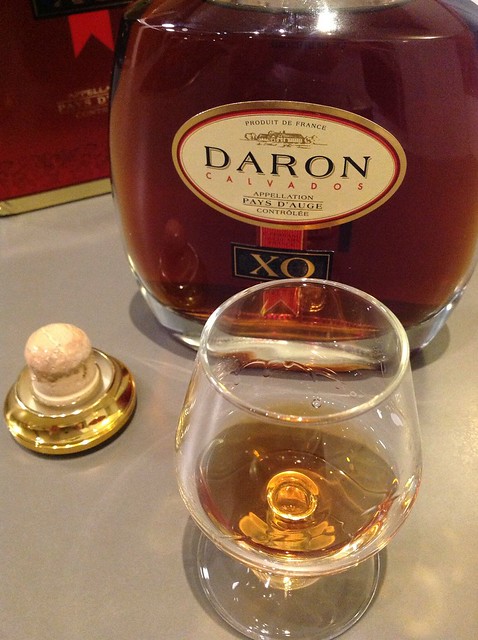 Years ago, when I first got into cocktails and was finding a lot of cocktail recipes calling for applejack or apple brandy, it did not occur to me to use calvados as a substitute (in France it is not mixed, it is always enjoyed neat). I went out of my way to track down bonded straight apple brandy, hoping to find what the big deal was about. I took me a while, and when I finally managed to find a bottle of Laird’s, I was very disappointed to realize that I actually liked calvados better.

Good calvados has a lot of depth and subtlety, and a beautiful apple flavor (which is fantastic in ice cream). There are probably some outstanding American apple brandies out there, but based on what I’ve been able to find so far, calvados (pays d’Auge AOC) seems to be a better value. So I’ve been mixing cocktail recipes calling for applejack or apple brandy with calvados, to good effect.

Speaking of Death & Co (again), there is a recipe by Phil Ward that is just apple brandy and Laphroaig, two contrasting ingredients, with some Benedictine liqueur and Peychaud’s bitters marrying the two. With all the fruit and the smoke, it’s comforting and a bit rich, and a great way to celebrate the fall. 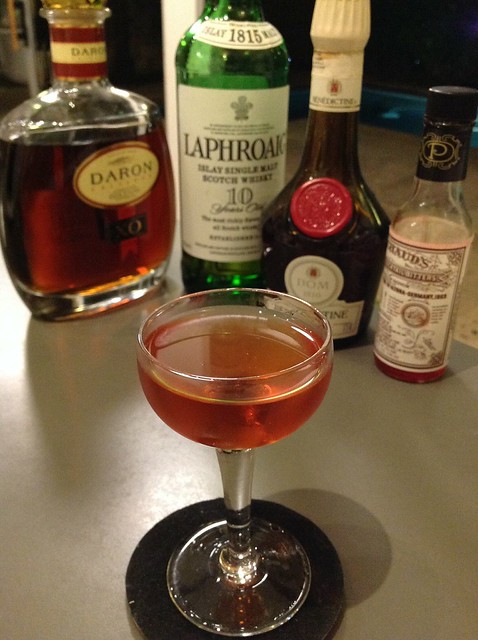 Don’t put away that calvados bottle yet… Another delicious cocktail is the American Trilogy, an Old Fashioned variation by Richard Boccato and Michael McIlroy created at Milk & Honey that my friend Ram of Boy Drinks World turned me on to. It’s based on a mix of apple brandy and rye in equal parts, with orange bitters as the accent. Ram makes his version with calvados and I fully approve. 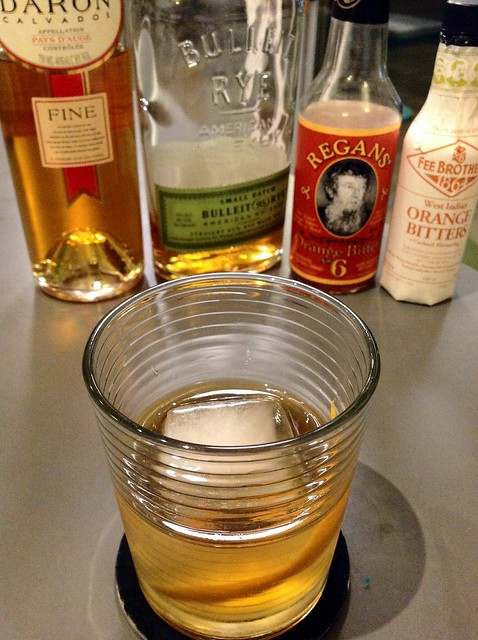 7 thoughts on “Apple of my eye”