White Lyan is a bar that Ryan Chetiyawardana (formerly of Worship Street Whistling Shop, Purl, 69 Colebrook Row, Bramble) and Iain Griffiths (Bramble, Eau de Vie) opened in September 2013 in Hoxton (East London), in a space that used to house the White Horse pub. It received a lot of buzz because of its general concept, which is always described by what it does not have – ice, perishables, shakers, brands, off-menu cocktails, etc.

That sounded forced and a bit gimmicky, pretentious even; a bar that was essentially putting into question the principles that we have seen used successfully time after time: ice programs, fresh citrus, shaking techniques, impressive back bars, bartender’s choice, etc. But after seeing the bar pick up the top award for Best New International Bar at Tales of the Cocktail this year, I knew I wanted to check it out. 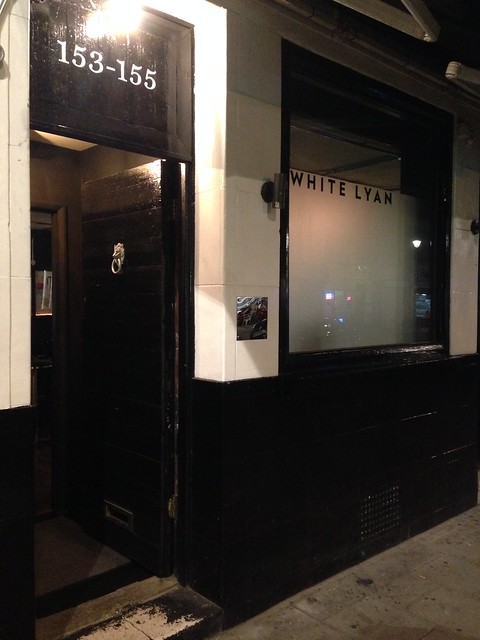 Behind the lacquered black door, I was expecting a sterile lab-style space. The first impression I got was completely different – the decor was simple, almost industrial looking, and devoid of pretension. More black (black walls, black leather banquettes), exposed brick walls, frosted glass, and metal piping. 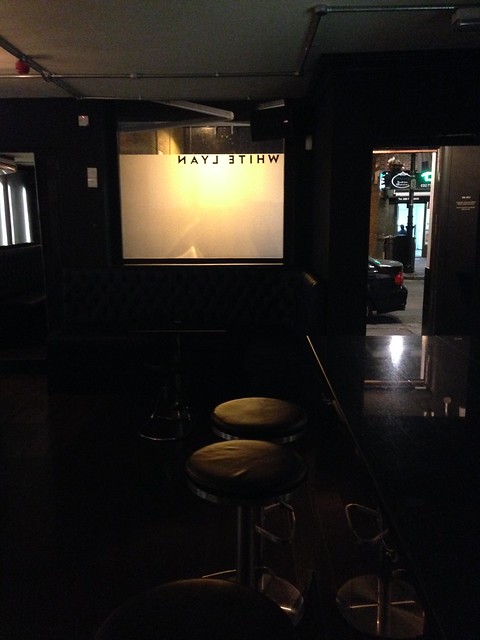 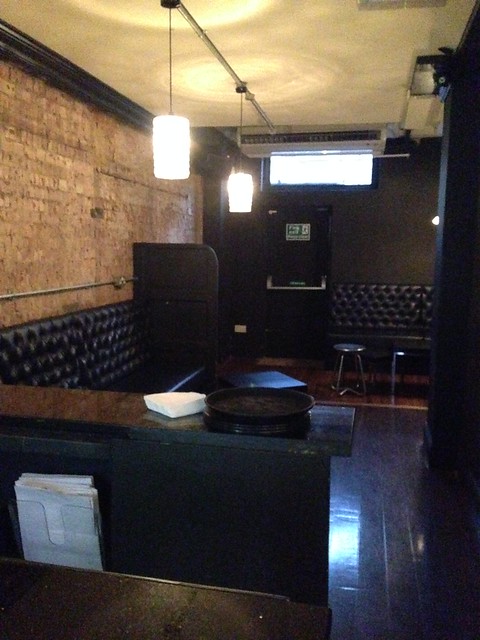 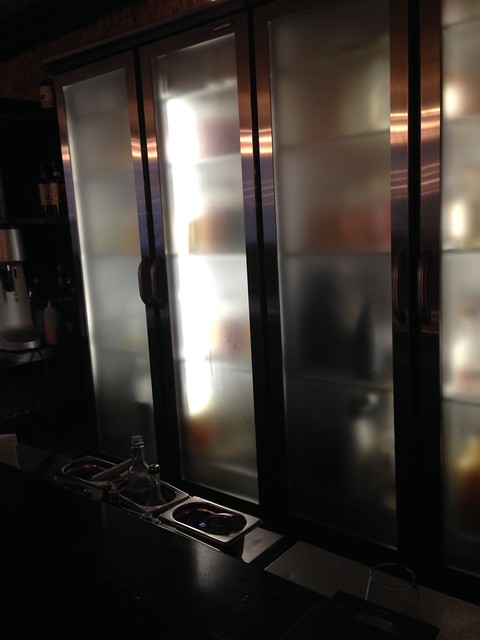 It was a little different to be facing what are full height fridges with frosted glass doors, instead of the usual assortment of spirits behind the bar. The menu is essential since going off-menu is not an option. I chose the Moby Dick Sazerac for my first drink. I watched as bartender Rob Libecans (who used to work at The Baxter Inn in Sydney and Black Pearl in Melbourne) dispensed a weighed amount of the cocktail into the drink, garnishing it with a green strip of absinthe-flavored eatable rice paper. Ambergris, a type of whale secretion, gave it fennel notes and mouthfeel, not unsimilar to gomme. A masterful and memorable Sazerac. 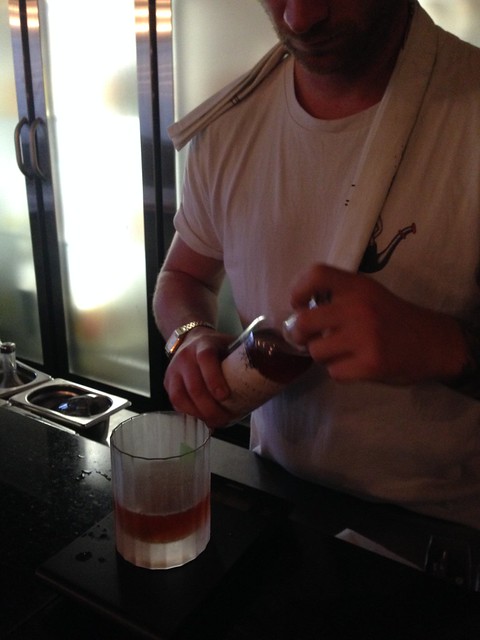 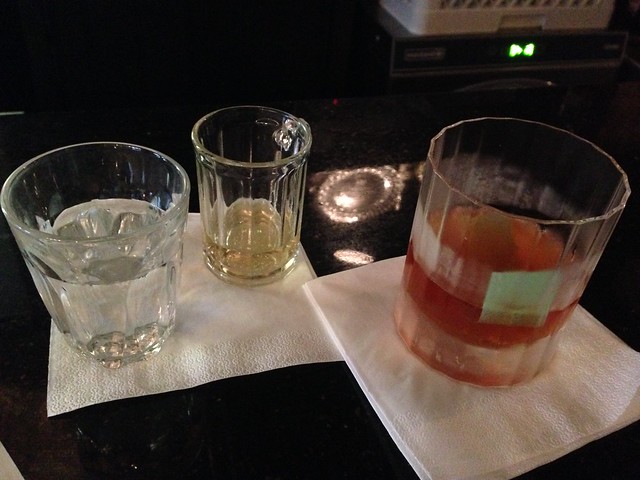 I tried various small samples including their Manhattan mix that is sold at Selfridges and is pretty phenomenal, and the sweetest offering on the menu, the White Guinness, a drink delivered from a syphon containing scotch, coconut, almond, and ash. 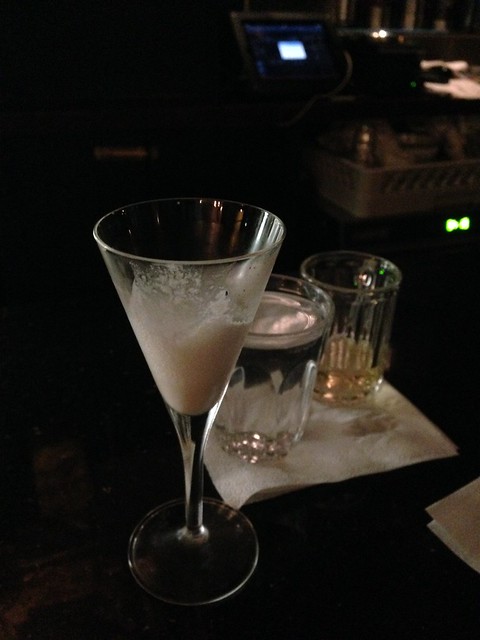 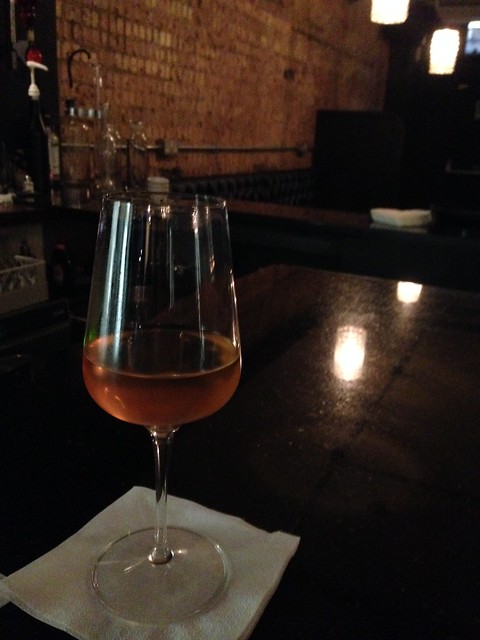 The Baby Bias was a refreshing aperitif-style cocktail with fino sherry and apricot liqueur which kept revealing new and interesting flavors with each sip – apricot, vanilla, and a long olive oil finish. Unexpected and truly impressive.

I capped off the evening with The Beeswax Old Fashioned, another standout. The scotch-based drink was poured out of a bottle containing beeswax, a flavorful sweetener with honey undertones. 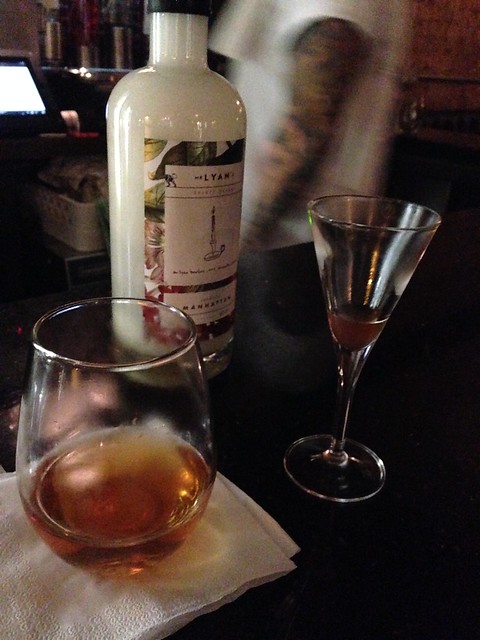 There are minimal theatrics at White Lyan, as only the finishing touches are executed at the bar. What is clear is that all the advance preparation work that goes into the drinks really pays off, and allows them to focus on the customer while delivering cocktails that are at the top of the game, flavor-wise. The drinks were spot-on, and the atmosphere welcoming. This is the type of place that makes you feel like a regular from your first visit. 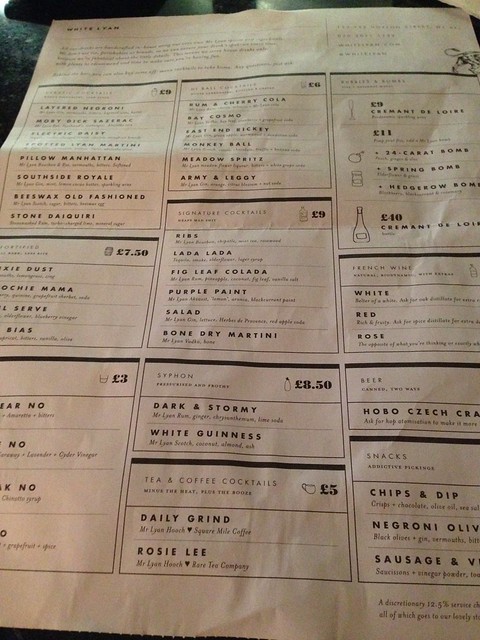 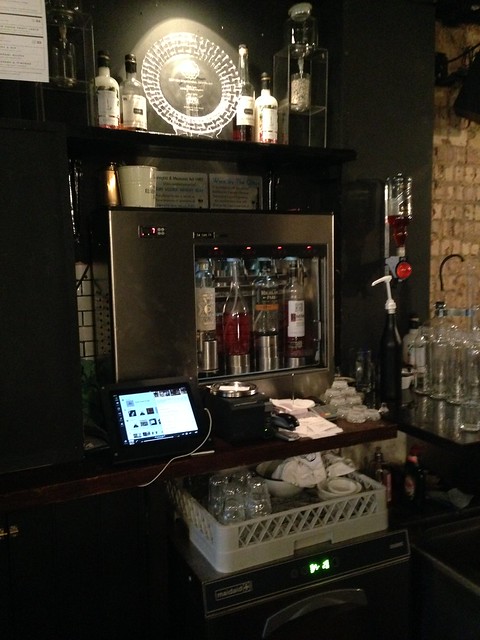 Since my visit in September, the same team opened DandeLyan at the new Mondrian hotel in London.