Down a flight of stairs into what first seemed like complete darkness, as my eyes adjusted to the light I was able to discern an inviting space with dark wood paneling and deep leather banquettes. 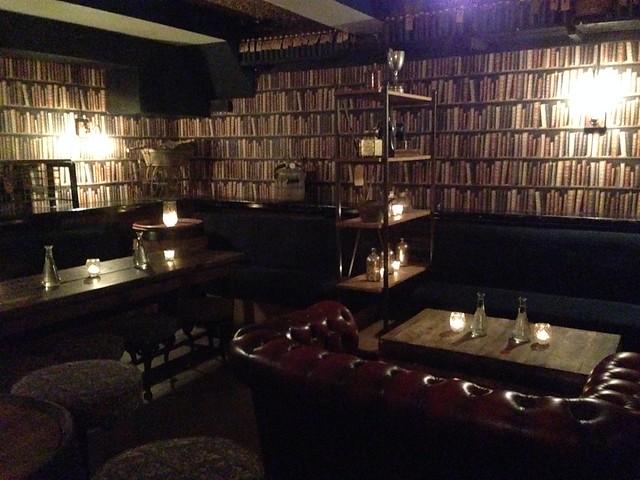 The Worship Street Whistling Shop in Shoreditch was opened in 2011 by the team from Purl, Fluid Movement, including Thomas Aske and Tristan Stephenson. Ryan Chetiyawardana, the former bar manager, has since moved on and opened his own place, White Lyan and more recently DandeLyan at the Mondrian Hotel. And so has Matt Whiley with Peg + Patriot at the Town Hall Hotel. 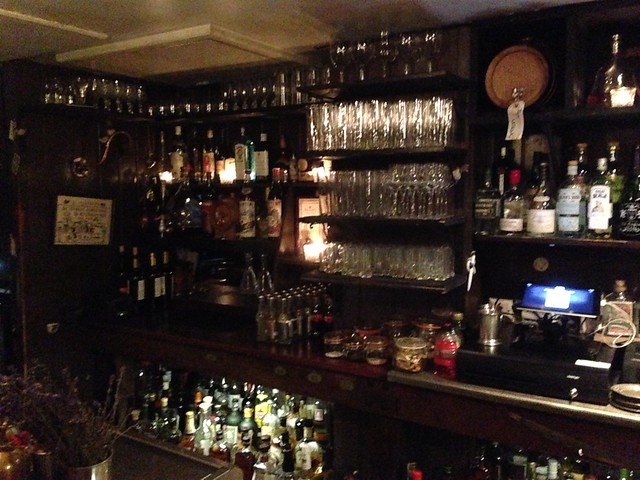 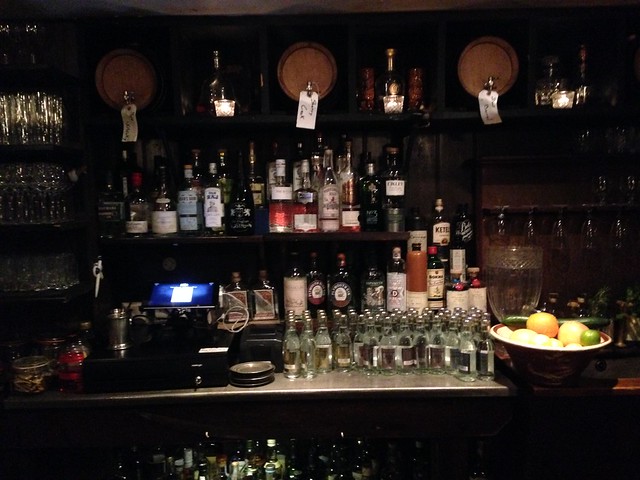 The team is known for its wild creativity, and as you would expect, most of the cocktail ingredients are made in-house. And although the bar evokes a Victorian-era speakeasy, one of the rooms houses a modern laboratory complete with distillation and sous vide equipment. One side of the bar houses a fully functional Solera system. 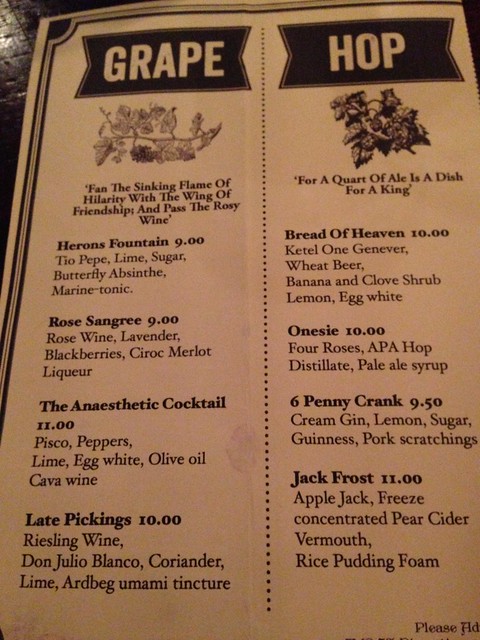 The menu groups drinks into four categories: Grape, Hop, Grain, and Barrel. The Late Pickings from the Grape section had a light tequila flavor in a Riesling base. The Onesie from the Hop section was a bourbon-based old fashioned accented with hops that was flavorful and grassy. 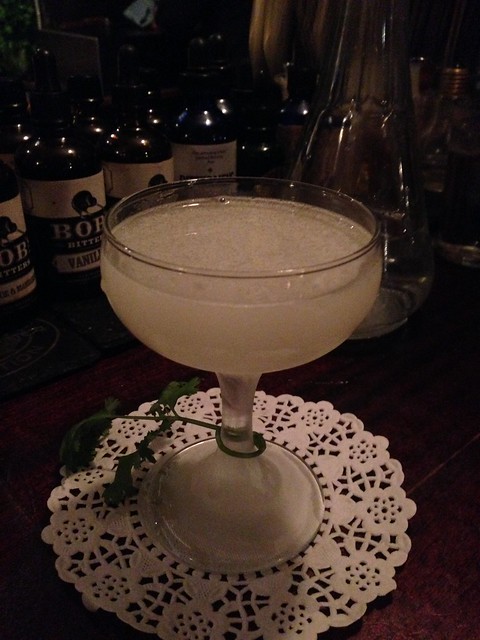 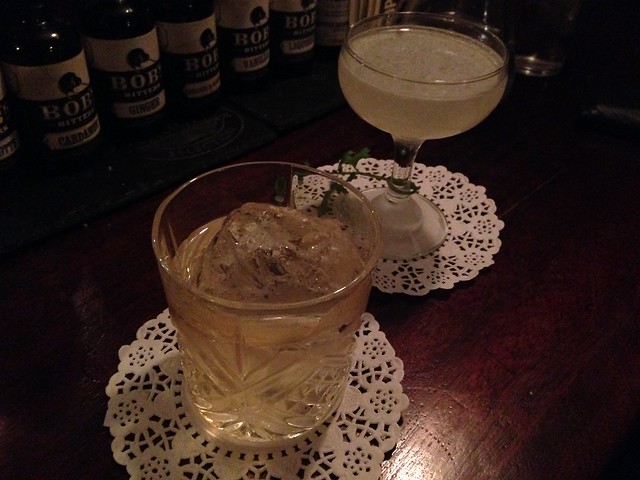 For the second round, Herons Fountain was an airy and briny option topped with absinthe foam, pretty much the polar opposite of a rich old fashioned distilled from Bulleit rye, peanut butter and jam. One of the ingredients in the Herons Fountain is a tonic made from a plant that grows near the ocean called oyster leaf that has been popping up on restaurant menus lately, and is sought after for its characteristic oyster-like flavor. 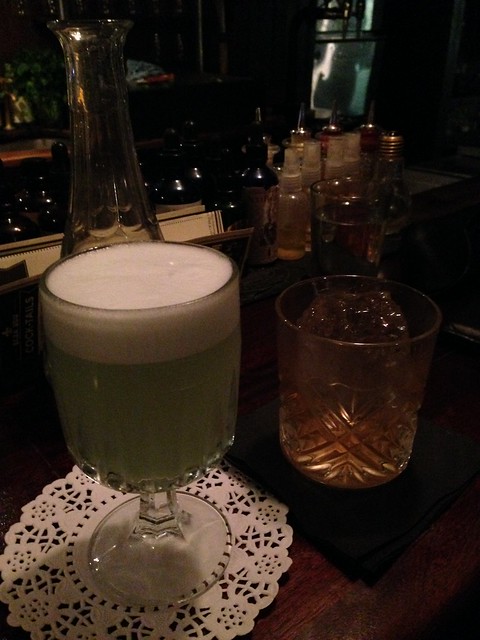 The visit ended with a glass of artisan cider made in Surrey from donated garden apples and pears that was dry and refreshing.

Going back up the stairs after losing track of time for an hour or two, it was dark now and time for dinner at the Clove Club nearby. 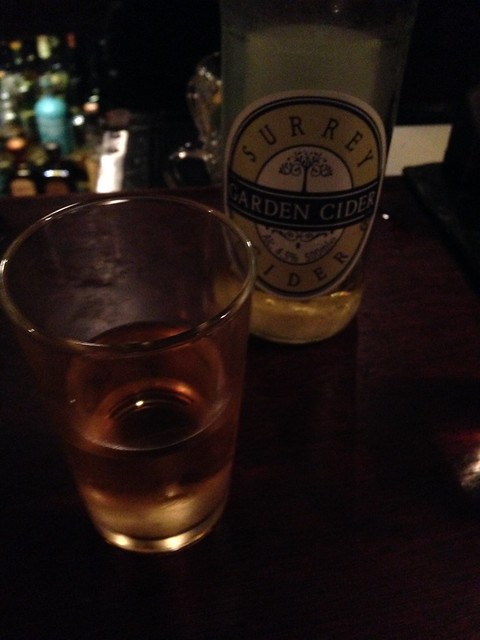