Last year I visited the American Bar at the Savoy Hotel in London and tried one of Erik Lorincz‘s creations, the Norman Conquest. It was similar to a Manhattan with a mix of bourbon and calvados as the base spirit. I love calvados so the drink captured my interest.

At the American Bar they used Woodford Reserve bourbon and Martini Rosso vermouth; at home I recreated the cocktail with Buffalo Trace and Dolin rouge for a more assertive mix. My calvados is Daron.

Then I remembered that I had tried a similar Manhattan variation with apple brandy in the past, Sam Ross’ Grandfather. He calls for applejack but I used calvados. I made them side-by-side for comparison purposes. The differences are minor – the simple syrup and orange twist in Erik Lorincz’s version, the Peychaud’s bitters in Sam Ross’ version, calvados vs. applejack, rocks vs. up.

With such minor differences, it’s hard to pick a favorite. I ended up staying with the Grandfather as I thought it was more flavorful and interesting (some may say, more “rough”). Erik Lorincz’s version feels slightly more restrained and elegant.

When I researched it further, I realized that the Norman Conquest had actually been created with a mix of scotch and calvados as the base spirit, which made more sense given its name. So I decided to try that version as well.

My friend Adam Manning of eGullet (who currently heads the bar at the Dead Parrot) suggested replacing the simple with Drambuie, in keeping with the scotch theme, and adding a dash of Peychaud’s bitters. The bitters work really great with the calvados, and of course the Drambuie is the perfect sweetener to go with the scotch. I liked that version so much that I decided it deserved its own name, the Hastings.

I had it many times last winter, with Glenfiddich, Daron Fine, and Dolin Rouge… 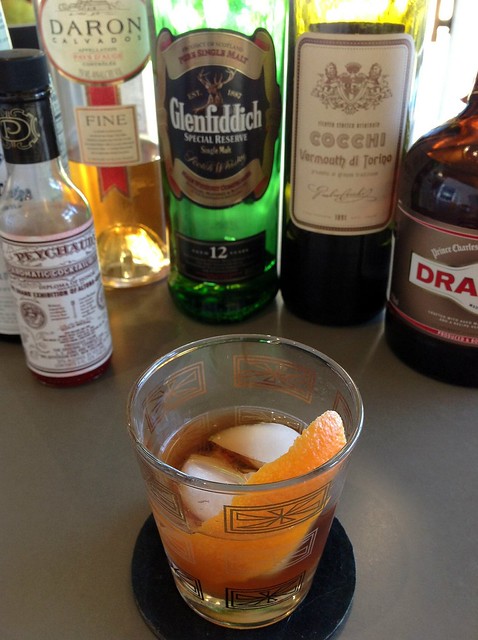 … and with Highland Park 12, Daron XO, and Dolin Rouge. 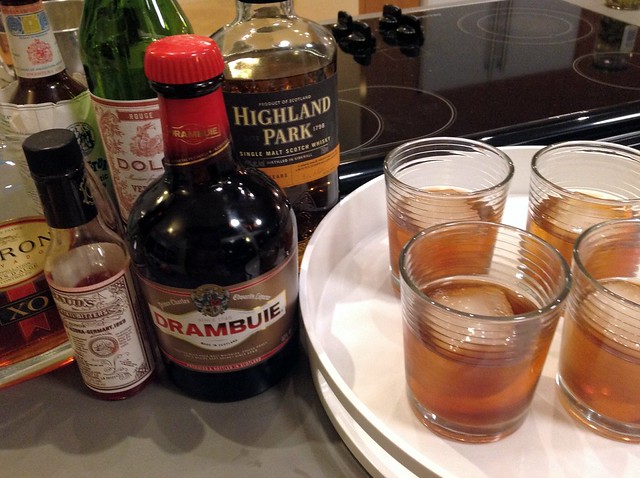 After enjoying it for a good part of last year’s winter, I realized that a local bar in San Diego, Polite Provisions, had a cocktail that was practically identical that they call the Full Windsor. The cocktail was created by Erick Castro and is also on the menu of his new place in New York, Boilermaker. 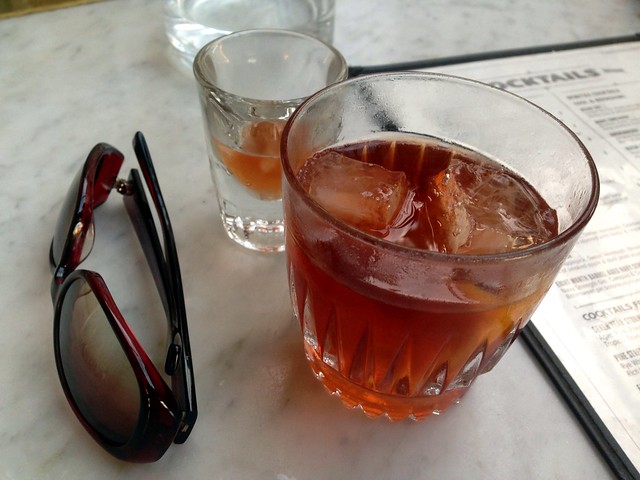 His version is applejack (calvados at Boilermaker) and scotch-based, and he uses Bénédictine like in a Vieux Carré. The bitters are a mix of Angostura and Peychaud’s.

Trying the Hastings and the Full Windsor side-by-side with Highland Park 12 and Daron XO as the base spirits for both, it was really hard to pick a favorite. But one thing is certain, I never miss an opportunity to mix with calvados. It’s such a fabulous spirit and this month’s Mixology Monday challenge, Apples, was the perfect occasion! Many thanks to Fred Yarm of cocktail slut for picking such a great theme. 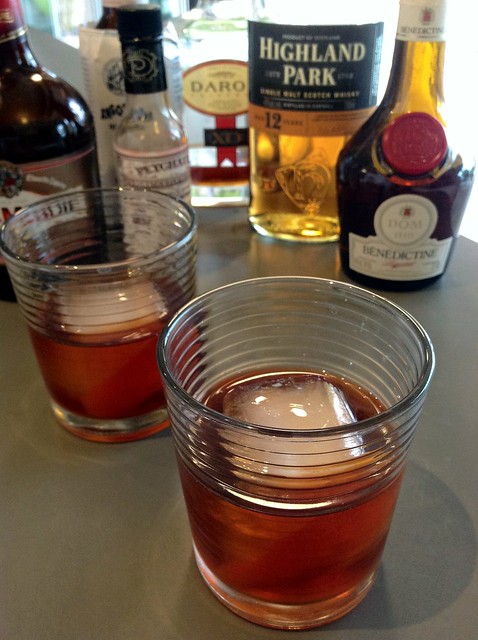