I just spent a couple of weeks in Japan where I took a crash course in Japanese whisky. Japanese whisky is closely related to Scotch whisky. It’s quite a fascinating story. The Japanese whisky industry was founded in the 1920s by a gentleman named Masataka Taketsuru. He was a chemist who went to Glasgow to study organic chemistry, worked at various Scotch distilleries, and met a Scottish girl that he married. When they moved to Japan, he was hired by Shinjiro Torii to open the first Japanese whisky distillery, Yamazaki. This whisky was launched under the name Suntory in 1929. Taketsuru later left Suntory to open his own distillery, Nikka, in 1934.

Back to our MxMo inspiration. In Japan, people typically enjoy their whisky on the rocks. Mixed drinks with Japanese whisky are not common, with one exception: the Highball. This is a relatively new trend and it’s a very simple drink. As with a lot of things in Japan though, it’s all about the technique. The process is as – if not more – important than the end result.

You want to use crystal-clear ice cubes (even the most basic joints I visited during my trip had impeccable ice). Ideally, the ice should be carved by hand from a large block. Pour 1 ounces of whisky. Pour 2 ounces of soda water onto the side of the glass to preserve carbonation, and gently stir. No garnish necessary.

Whisky Highball at the Narita Airport

END_OF_DOCUMENT_TOKEN_TO_BE_REPLACED 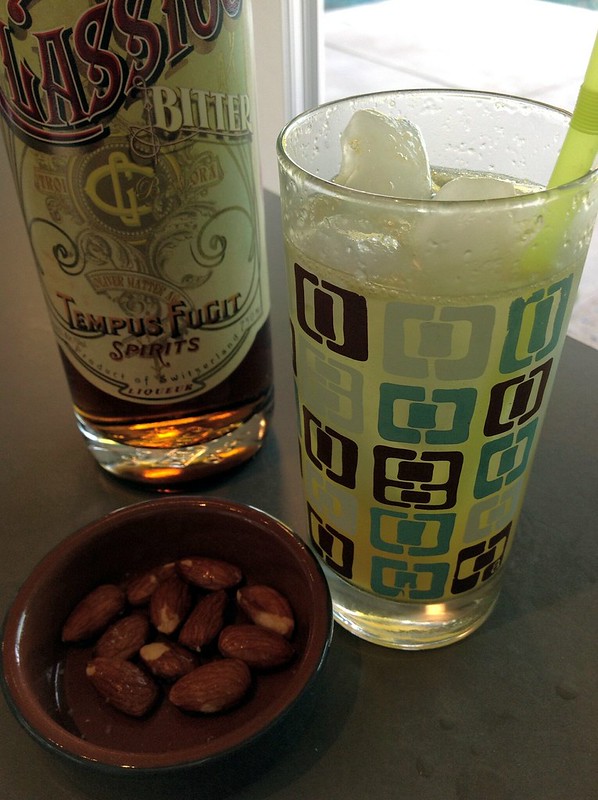