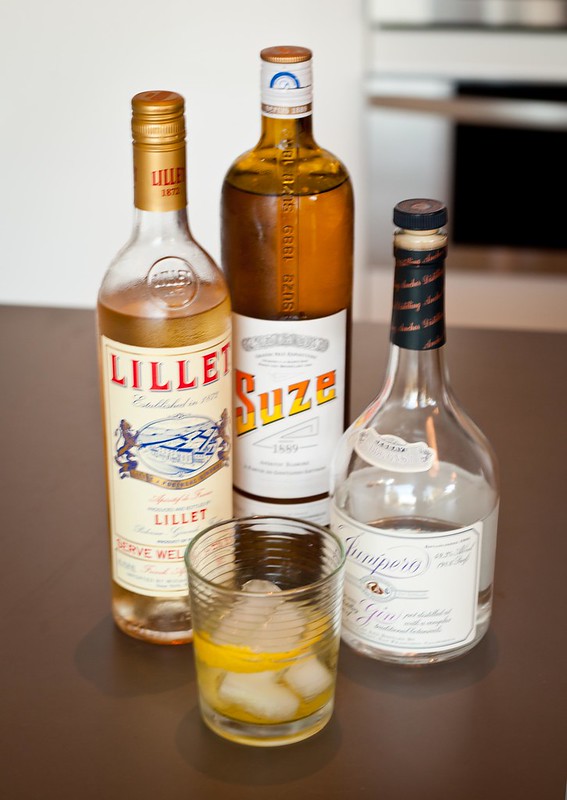 The Negroni might be my favorite cocktail (although it may be a close tie with the equally sublime Daiquiri) and over the years, I have experimented with many different variations. By variation I mean: 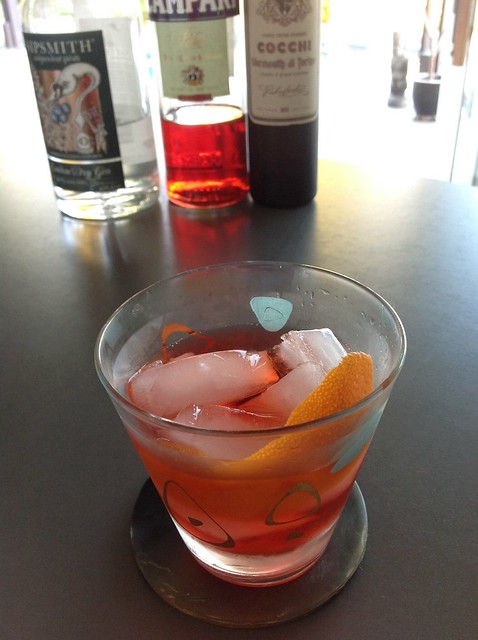 END_OF_DOCUMENT_TOKEN_TO_BE_REPLACED

I’ve been interested in cocktails for a long while now, but started documenting my efforts only about four years ago. Which may very well be for the best; one of my first attempts at a tiki cocktail was a now legendary Mai Tai Bowl that was incredibly strong – I had no idea that batched cocktails had to be pre-diluted – and the most unfortunate shade of emerald green, thanks to the lovely blue curaçao I had included in the recipe. I have since seen the light and am now a devoted Jeff Berry disciple, but for sure it’s fun to look back and remember these early efforts.

It looks like this was not my first catastrophe with blue curaçao either. The first cocktail I remember making was a cloyingly sweet Blue Hawaiian. Enough to lose my interest in making mixed drinks for a while.

Curiously, it’s not a cocktail book that led to my first cocktail success, it’s actually a cookbook – Jamie Oliver’s Happy Days with the Naked Chef. At the end of the book is a little cocktail section which includes a recipe for the Sidecar. Making my first Sidecar with a good VSOP cognac and fresh lemon juice was a revelation. There was a simple 3-ingredient cocktail that was more than the sum of its parts, bright and complex at the same time, and felt very elegant.

I proceeded to look for more cocktail recipes in my cookbook library and stumbled upon my next big discovery in Mario Batali’s Babbo cookbook. In restrospect, the drink could not have been more different from the Sidecar. I am talking about what is probably my favorite cocktail ever, the Negroni. I was instantly seduced by its moreish bitter orange flavor. The recipe in Babbo also introduced me to the amazingly juniper-forward Junipero gin from Anchor Distilling in San Francisco. Things progressed naturally from that point on, and my home bar rapidly expanded.